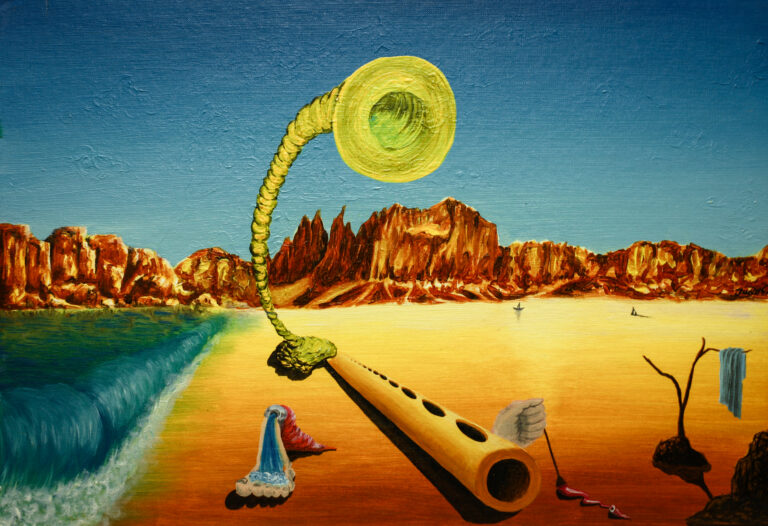 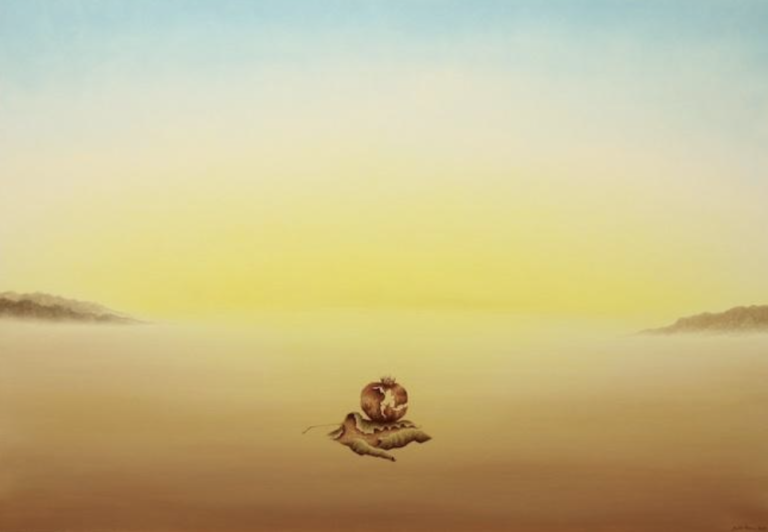 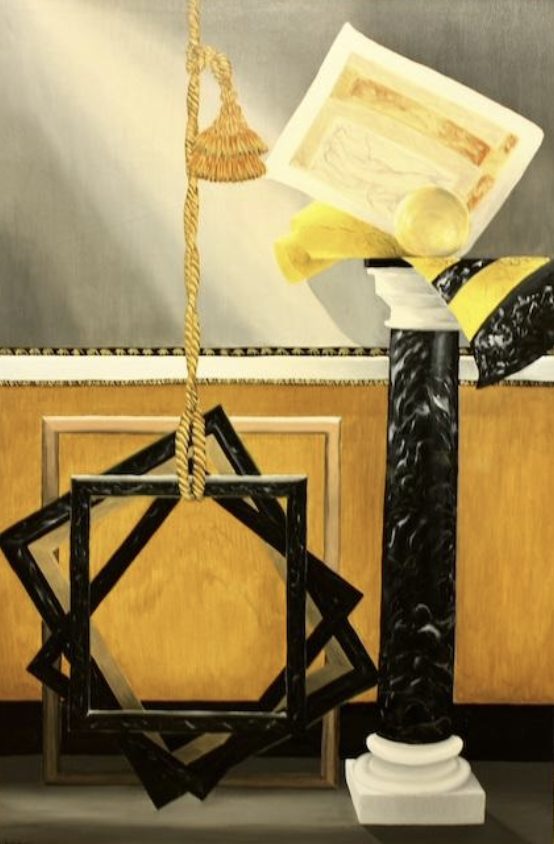 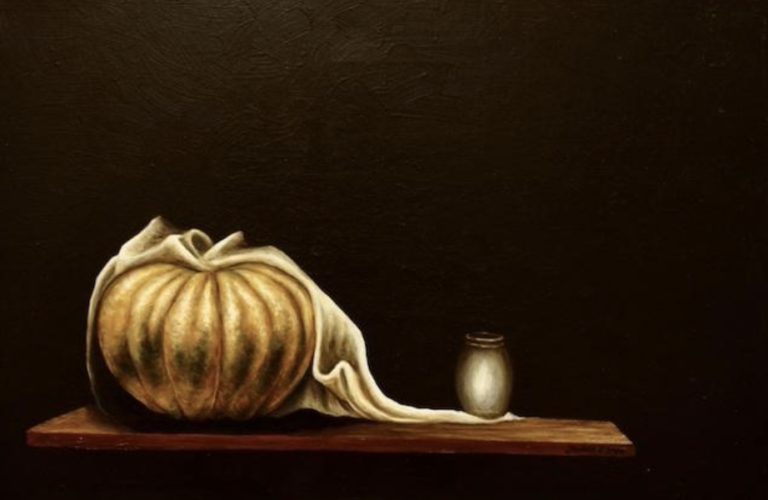 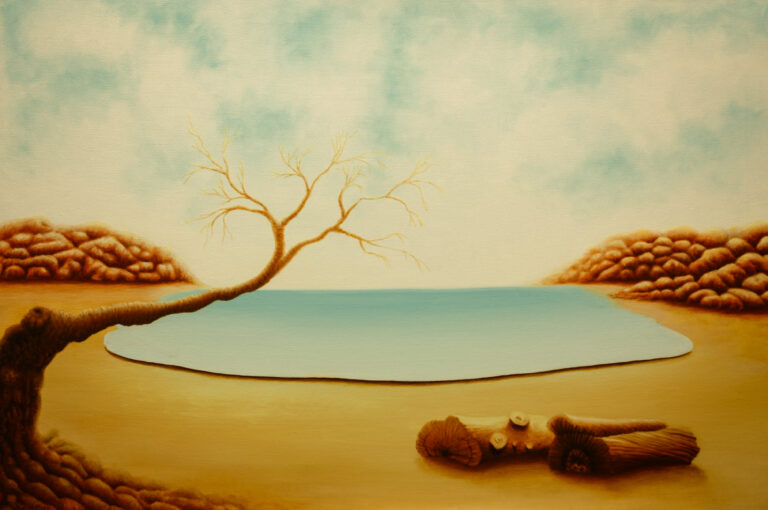 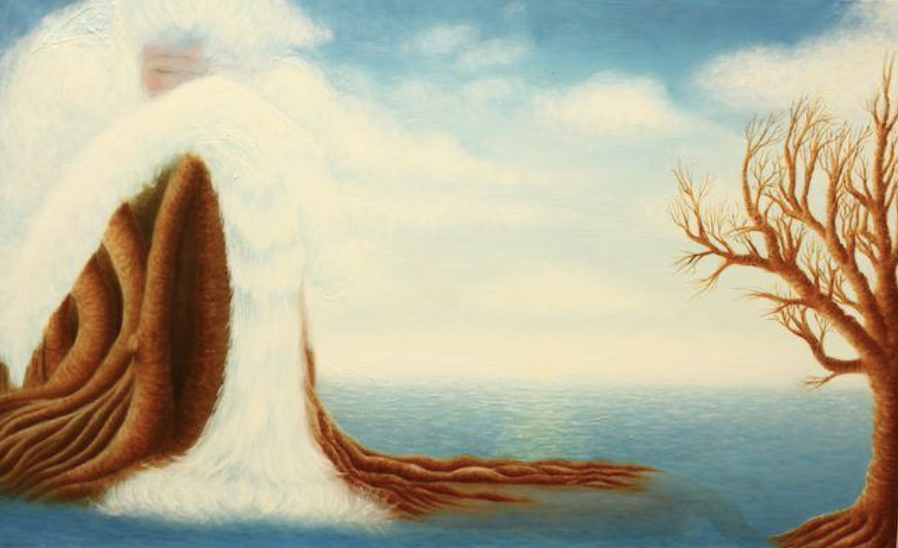 The deceptive universe of unreality in Judith Paone’s Metaphysical Surrealism

The exploration of the deepest meaning of things, the existential enigma constituted by everyday objects and places and the human need to put things in order whenever the gaze is deceived and led towards situations that are apparently similar to the known ones but in reality completely different and decontextualised, constituted the starting point for the expressiveness of a large group of artists of the last century, but also of today’s protagonist who makes the unreal her personal way of narrating emotions and sensations that can be traced back to herself but also to contemporary man.

When, at the beginning of the twentieth century, began to emerge the expressive tendency to go beyond the visible and explore not emotions, as had already happened in Expressionism, rather the subterranean world of the unconscious, of dreams but often of nightmares whose relevance in daily life was brought to light by the Austrian psychiatrist Sigmund Freud, some artists decided to create a current in which the representation of the psychic, restless and unreal sphere was at the centre of stylistic research. Surrealism, the name of the movement of which Salvador Dali was the founder and one of the main representatives, encompassed different ways of narrating the human unconscious, sometimes moving more towards the nightmares of a world in metamorphosis in which strange shapes partially envelop bodies and objects, as in the paintings of Max Ernst, other exponents focused on more instinctive and earthly impulses, such as the sexual or decidedly distressing parallel universes populated by disturbing animals and deformed objects of the famous works of Dali, or there were those who wanted to highlight the mystery of human thought, the meaning of existence and the enigma that sometimes hides behind a perfectly ordered appearance as in the fascinating and magnetic paintings of René Magritte.

And then the post-apocalyptic world of Yves Tanguy’s improbable and sinister scenarios, the raw interiority, the obsession with oneself and one’s own physical and inner pain of one of the women who represented the movement, Frida Khalo, right up to the childlike, stripped-down representation and bright colours of the outsider Joan Mirò. In the contemporary world, Surrealism continues to fascinate artists who are leaving a deep mark on the history of today’s art, updating the guidelines of the movement and adapting them to their own feelings as much as to their inner uncertainties or to a world thanks to which they can escape from everyday reality, as in the case of Vladimir Kush, a young and talented artist of Russian origin but naturalised in the United States, whose metamorphic and at the same time poetic canvases cannot fail to involve the observer. Judith Paone, from South Tyrol, is one of the emerging female artists who have chosen Surrealism as a means of expressing their delicate interiority. In her artworks, she allows to emerge emotions that are amplified by virtue of the evocative silence, focusing attention and the gaze not only on the main detail but on the entire surrounding atmosphere, from which the sensations seem to emanate until they reach the viewer of the canvas.

It is precisely because of this characteristic that Surrealism is combined with Metaphysics in her work, because of hera ability to skilfully mix the reflective enigma of the latter with the unreality and shifted meaning of the former, generating canvases with a strong emotional impact that drive towards meditation, feeling and the need to find meaning in what the eye is lost in. The artwork Colonna (Column), with its order, its geometric symmetry, cannot but evoke the cryptic and disorienting atmospheres of the decontextualisation of Giorgio De Chirico’s Metaphysical Art; in Paone’s painting too, the objects seem to be suspended, bound to an expectation of movement that will come to break the apparent static nature, that hovering over oneself which in some way leads back to the destabilisation of contemporary man who tries to cling to a false solidity whose equilibrium can be upset at the first collapse of just one of the elements that make up those certainties. The gaze wanders from the empty and superimposed frames to the column, the sphere and the sheet of paper held by it, as if it wanted to find a meaning in that composition, as if it needed to understand the meaning of that unbalance in order to be able to give it a new order, more possibilistic, more open to modifications that do not usually subsist. In Zucca (Pumpkin), the surrounding environment is instead completely obscured in order to highlight a still life which, precisely because of its relevance in space, becomes the absolute protagonist of the canvas, with its essence, with its being half-wrapped in a cloth that stretches towards the glass jar on the side, stimulating reflection on how a simple object can take on a greater importance than it would have when it is confused with its surroundings. Judith Paone’s figurative ability is wrapped up in the profound meaning that her sensitivity manages to infuse into each element that captures her attention to the point of wanting to make it the protagonist of an artwork, highlighting it and then placing it in a suspended space of time, infusing it with a magical and suggestive aura. Paone’s innate talent is evident in the canvas Natura silente (Silent Nature), in which she tells of a non-place that belongs more to the world of dreams than to the real world, in which the charm of the landscape is enveloped by the magnetism generated by the inlet in which the sheet of water comes to a halt when it meets the barren area surrounding it, instilling in the observer the feeling that it is the land that constitutes an obstacle to the advancing vitality of the sea.

The metaphor of humanity is hidden in this painting, a humanity that often dries up to the point of rejecting anything that might come along and subvert an order to which it is slowly becoming accustomed, something that might constitute what could constitute new lifeblood if welcomed as a reason and stimulus for change, for the acceptance of that necessary modification to find an unprecedented path capable of restoring enthusiasm and vitality. But from another point of view, the work also approaches the delicate issue of ecology, highlighting how human distraction often damages nature to the point of making it a barren and desolate place from which only a different approach, that of knowing how to stop the race for wild progress, can succeed in recovering all that has been lost over many years. This is precisely the meaning of the painting Lo spirito della Terra (The Spirit of the Earth) in which the elderly sage represented in the form of a waterfall seems to turn in on himself to understand the reasons for man’s apparent contempt for the environment in which he lives, and to generate that life, consisting of water, which is necessary to nourish everything that is the very basis of existence, despite the fact that this basic concept is often forgotten and set aside in the face of greater interests; the great wise man with the white foliage appears somewhat distressed, saddened, disappointed, yet he never ceases to nurture the hope that something will change, that there will soon be a reversal of the trend that will allow the trees to grow back and the landscapes to regain all their prosperity. Judith Paone is an eclectic artist who loves experimenting with different techniques for her artworks, from acrylic to watercolour, from oil to tempera, from chalks to marbling, from airbrush to mixed media, as different as the supports she uses to measure herself, so she moves from canvas to sculpture with various materials because what counts for her is being able to express her emotions, to free her interiority. Over the course of her career Judith Paone has taken part in numerous group exhibitions throughout Italy and in three major personal exhibitions in Bolzano, her home town, while in the last two years she has begun to exhibit abroad, in Helsinki and Rio De Janeiro, receiving appreciation from both the public and the critics.